To Retrofit or Rebuild with the RNLI

The RNLI – a charity with a mission to save lives at sea – have 238 lifeboat stations around the country, and a 24 hour on-call rescue service. Many of these lifeboat stations pose challenges: they are aging buildings, and contribute to a third of the charity’s total energy costs.

Money lost through wasted energy is money that could have been spent on saving more lives at sea, so the RNLI are keen to make them as efficient as possible.

Victoria Limbrick and Robert Jeans, RNLI’s Energy Manager and Estates Engineer respectively, are on a mission to ensure that these 238 stations are fit for purpose and cost effective.

To Retrofit or Rebuild with the RNLI

The RNLI – a charity with a mission to save lives at sea – have 238 lifeboat stations around the UK and Republic of Ireland, which contribute to a third of the charity’s total energy costs. Many of these lifeboat stations pose challenges: they were built prior to energy efficiency being a particular consideration but are otherwise in good structural condition.

Money lost through wasted energy is money that could have been spent on saving more lives at sea, so the RNLI are keen to make the stations as efficient as possible.

Victoria Limbrick and Robert Jeans, RNLI’s Energy Manager and Estates Engineer respectively, are on a mission to improve the energy efficiency of these 238 stations.

To retrofit or Rebuild?

As part of a routine upgrade to accommodate a new lifeboat they decided to run a study to find out how much difference the energy efficiency measures incorporated whilst retrofitting the lifeboat station had made, and whether it was worth the investment over and above the basis operational upgrades required for the new lifeboat, or indeed if further measures should be taken.

They did this by comparing two lifeboat stations that are 10 miles apart. One of the stations was retrofitted with a range of energy efficiency measures and compared to the other which served as a baseline as it has not required any upgrade from its original state for operational purposes.

Retrofitting measures at the station in Ilfracombe included a change in lighting, the installation of a ground source heat pump, and better insulation. Some old, leaky windows were also replaced. The crew-kit drying system was improved, and crew facilities were upgraded to make the station cosier for lifesaving volunteers.

Energy consumption has gone up at the station since these measures were installed, but data shows that this is due to increased usage by public and crew. Improvements have made the station a cosier place to be, thus enabling the RNLI to engage with the public and pass on safety messages, and to carry out crucial training with crew members. This all links back to the charity’s central mission of saving lives at sea. Success!

The heating load has significantly improved – by 72% compared to the ‘un-retrofitted’ station at Appledore –and there is a reduced baseline energy load.

The trial has demonstrated that in this case, retrofitting the station enabled the RNLI to better achieve their core objectives. This work is informing plans for the improvement of other stations around the country.

What about Embodied Carbon?

Something else the RNLI have been pondering when considering whether to rebuild or retrofit stations is embodied carbon. At a recent Fit for the Future event, the RNLI discussed this topic with other member organisations and the Associate Director at the Alliance for Sustainable Building Products, Simon Corbey.

Embodied Carbon refers to carbon dioxide emitted during the manufacture, construction and transport of building materials, together with that emitted when materials are deconstructed and disposed at the end of their life. How might embodied carbon influence decisions about building projects, and how can organisations begin assessing it in both existing and new buildings? The group discussion led to the following points:

The discussion was a difficult one and there were no clear answers – but introducing the concept of embodied carbon into thinking may start to influence the retrofit versus rebuild decision. It certainly something that will need considering if we are to meet future carbon targets!

Fit for the Future members work together to share their knowledge and tackle sustainability conundrums like this one.  Join in the discussion and work with peers to find practical solutions to saving energy and better meeting your organisation’s core objectives.

This webinar will focus on net zero, with presentations from Zach Lewis, National Trust and Alex Pitman, Cooperative Group.

This month we are delighted to welcome three new member organisations to Fit for the Future, representing the public, cultural and heritage sectors. They are joining us with a range of experiences and high ambitions to deliver on environmental responsibility and sustainability. 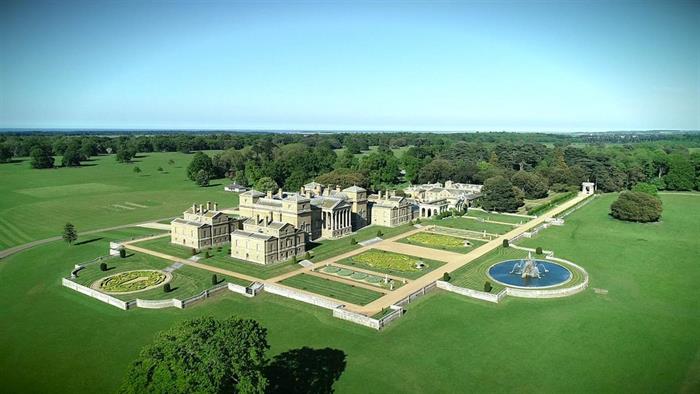