The Network is currently supporting a new community energy hydro scheme in North Wales, with a share offer being launched as part of Community Energy Fortnight. Richard Dallison of Bangor University introduces the project.

The Network is currently supporting a new community energy hydro scheme in North Wales, with a share offer being launched as part of Community Energy Fortnight. Richard Dallison of Bangor University introduces the project.

In the small village of Abergwyngregyn, North Wales, the community is getting behind a brand new hydroelectricity project that will enable them to become self-sufficient in electricity generation. Originally an idea developed by the Abergwyngregyn Regeneration Company (ARC), the scheme is now being overseen by residents of the village via their own community Industrial and Provident Society, Ynni Anafon Energy(YAE). YAE is currently securing investment and will soon be offering shares in the scheme to part fund the construction.

How will it work?

The power of the Afon Anafon will be harnessed to create a 270kW run-off-river scheme. Water will be extracted via a 1m high weir and channelled into a 45mm pipe. This will descend 234 metres vertically over a distance of 3km through the Carneddau mountain range, partly through National Trust land. The water will then pass through the turbine house and finally be returned to the Afon Anafon near its confluence with Afon Rhaeadr.

What will it mean for the community?

This project will enable Abergwyngregyn to become self-sufficient in electricity generation, creating 1,000MWh of clean, green electricity a year. This will power 230 homes and prevent over 450 tons of carbon dioxide from being released into the atmosphere annually. By selling the energy produced back to the grid, YAE will be able to fund community initiatives in Abergwyngregyn and the surrounding communities via the Abergwyngregyn Community Trust.

YAE are finally at the stage of securing investment in the project, and will soon be offering shares in the scheme to part fund the construction. Shares will be available to purchase from the beginning of Community Energy Fortnight on the 13th

To mark this milestone, YAE and the community are hosting “Aber Dabba Doo”, Abergwyngregyn Festival 2014, on Saturday the 13th to be a fun day out for all the family, with a traditional village fête, local celebrities such as Iolo Williams, the much loved duck race and a whole selection of live music including Penrhyn Male Voice Choir. There will also be stalls from a range of local businesses and food suppliers as well as tours of the archaeology and history of the area.

This scheme is one of many community energy projects supported by the Fit for the Future Network. with the aim of inspiring other people to become more sustainable and reach government targets of an 80% reduction in greenhouse gas emissions by 2050 and an increase to 15% of UK energy consumption to be from renewable sources by 2020.

Richard Dallison is a BSc Geography student at Bangor University and intern at the Abergwyngregyn Regeneration Company (ARC), specifically Ynni Anafon Energy Cyf (YAE). He has a keen interest in hydroelectricity, and is completing his third year dissertation on micro hydroelectricity schemes in the River Conwy catchment.

Our Waste and Circular Economy Special Interest Group meeting brings members together to discuss a range of issues relating to waste and resource management, as we aim for our organisations to embrace a circular economy. 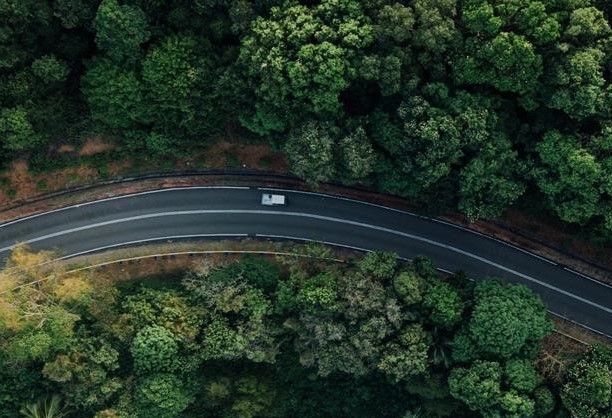