Back to the Future in a Hydrogen Car

Fit for the Future member National Trust hosted the very first Hydrogen Hub roadshow at their headquarters in Swindon. National Trust have been piloting a hydrogen SUV in their fleet for just over a year and this event brought together exciting discussions about the future of sustainable transport. 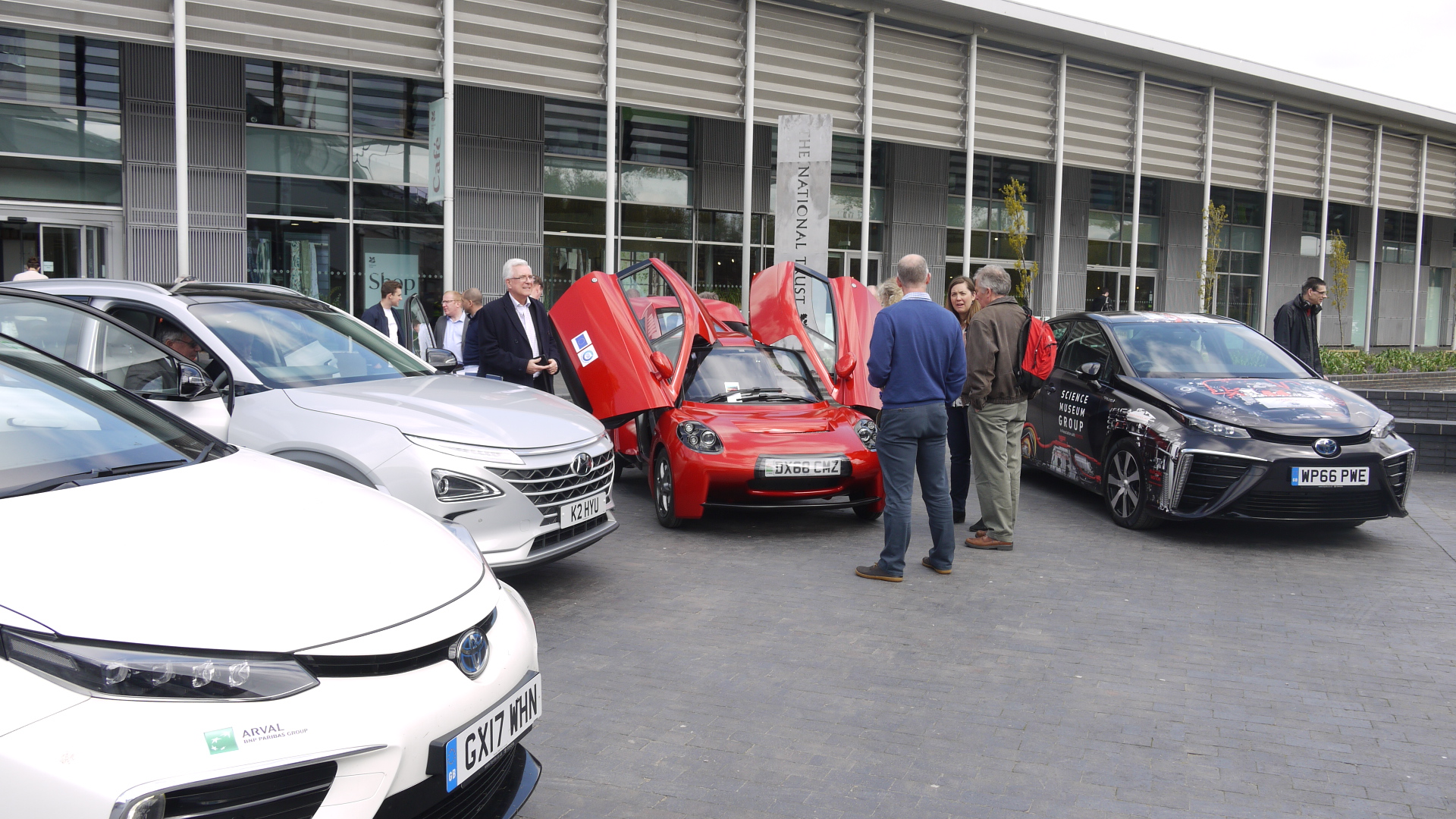 The sustainability world has its eye on the transport sector as the urgency to tackle climate change and air quality grows. The Mayor of London last week launched the ‘ULEZs’ – Ultra Low Emission Zones – in London, meaning drivers’ whose vehicles don’t meet standards will need to pay £12.50 to enter these zones. The first international e-bike summit was held on 10 April 2019 and delivery companies such as Royal Mail, DPD and Deliveroo have all started to trial greener delivery methods.

Electric cars have certainly witnessed exponential growth compared to their petrol and diesel counterparts over the last few years – 2019’s total electric car sales are 53.6% higher than they were twelve months ago while the petrol and diesel market has shrunk by 2.4% in the same period.

Back to the Future

But is the future really electric? In fact, rather than being the innovative technology it seems to be, the first electric car was developed in the 1830s…And it was preceded by the first hydrogen car, developed in 1833. It was named the three wheel ‘Hippomobile’ and invented by Frenchman Etienne Lenoir.

So we will need to look back to head to the future, it seems. 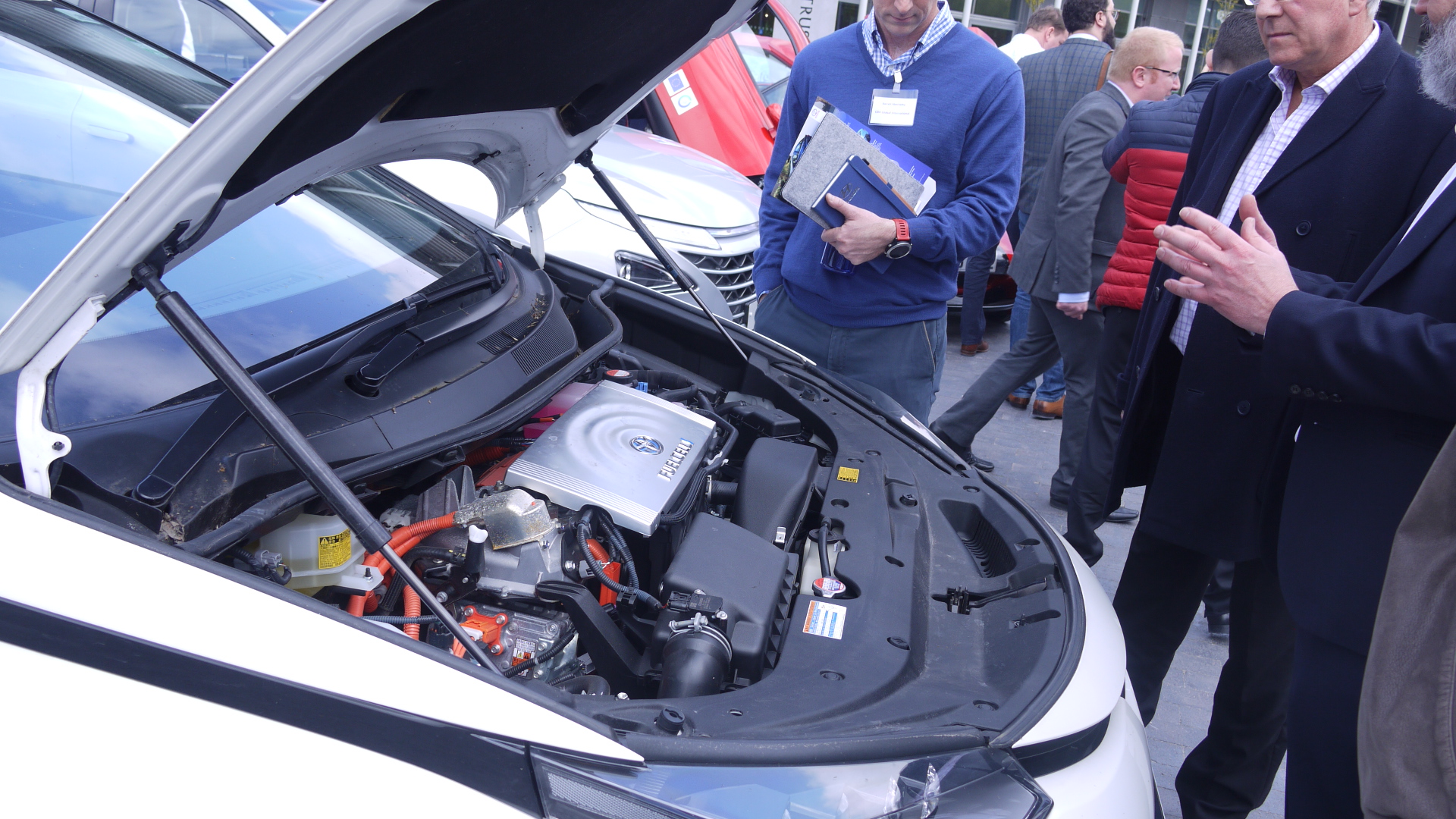 On Friday 12th April, the Hydrogen Hub ran their first of several roadshows at National Trust Heelis in Swindon, to meet with local businesses and raise awareness about the potential of hydrogen as a viable technology for cars and other energy needs. The Hub is supported by Fit for the Future member National Trust, which has been trialling their own hydrogen SUV for the past year as one of their fleet cars. Arval/BNP Paribas are also behind the initiative as they see hydrogen as one of the solutions that could meet a number of the UN Sustainable Development Goals. Speakers included representatives from Toyota and Hyundai, who believe firmly that hydrogen cars will be one of the major forms of transport in the near future.

Paul Marchment of leasing company Arval explained that the biggest contributors to carbon emissions are heat and transport. In 2016, transport accounted for one quarter of all global carbon emissions, so it is an area that cannot be ignored. And hydrogen could be one of the solutions to this dilemma.

But what is it about hydrogen that makes it particularly green? 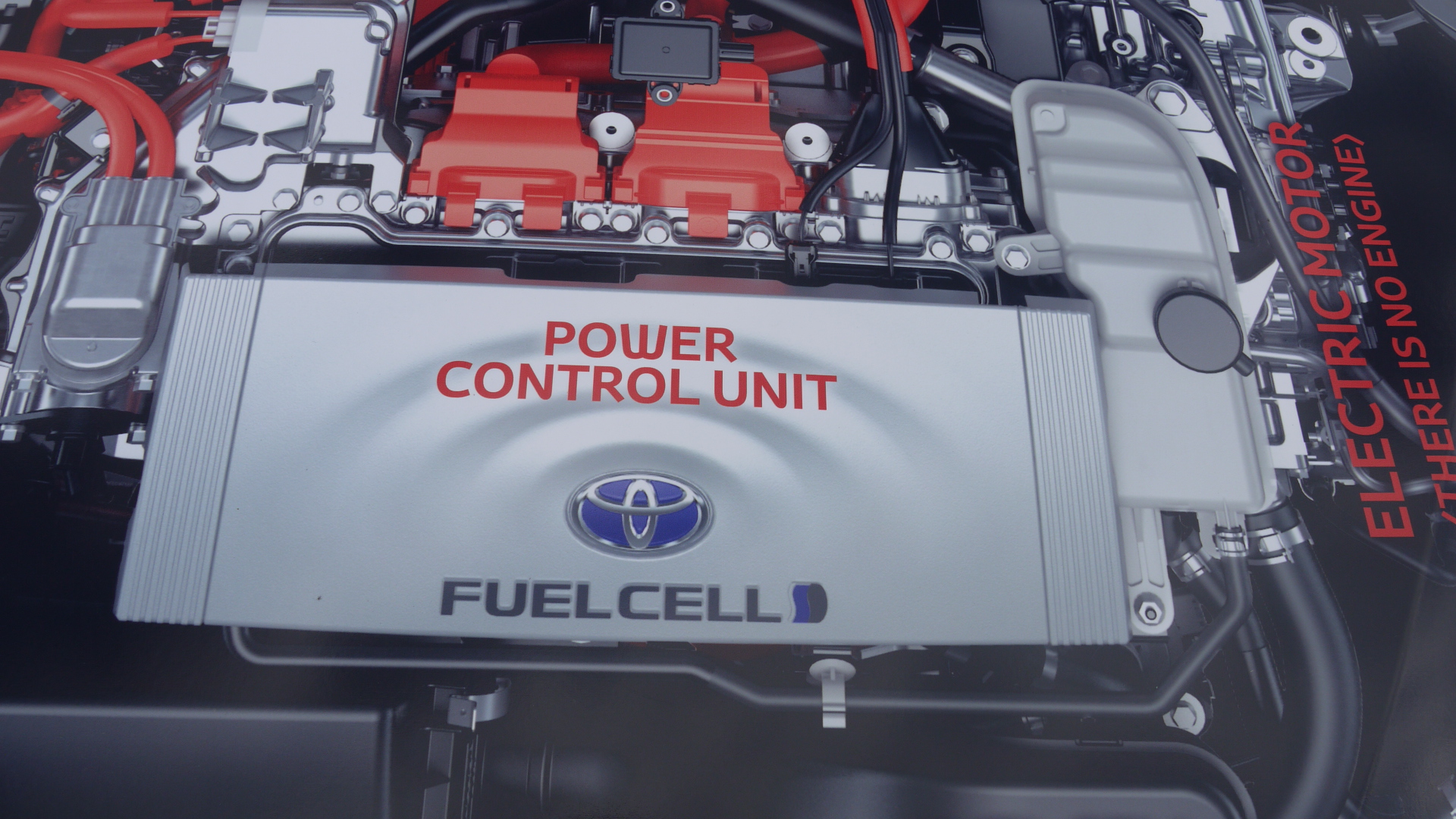 The production of hydrogen through electrolysis can be achieved through renewable energy, making it an entirely carbon neutral process, unlike electric vehicles which require charging from the grid using electricity usually generated via fossil fuels.

Hydrogen has a high energy density, meaning it is lighter to carry than a heavy battery used in electric cars. This makes a hydrogen vehicle much more efficient and gives it a significantly larger range than is currently available in an electric vehicle.

The raw materials used to create the batteries for electric cars are limited, so it is likely that the cost of EVs will go up rather than down. The construction of a 100kw battery also creates 17.5 tonnes of CO2, largely negating the carbon benefits of switching from petrol to electricity.

So if electric vehicles have such drawbacks, why have car manufacturers been so keen to take up the electric mantra? These companies face tough carbon emission targets, and electric technology provides one way to meet these – for every gram of CO2 in excess of their target, companies will be fined 93 euros. A large part of the current electric revolution is simply about compliance rather than a concerted attempt to alter our transport systems.

Yet 79% of the world’s automobile executives believe that hydrogen cars will be the future, and some have even seen this coming….

The Toyota Prius is the most popular plug-in hybrid car on the market. The meaning of the world ‘Prius’ translates to ‘what goes before’.

Toyota have now released their first hydrogen car, called the Toyota Mirai which is already being used by the Met Police in London and the Science Museum Group.

The meaning of ‘Mirai’ is ‘the future’.

So Toyota have been planning this revolution for some time.

But should we all rush to bring hydrogen cars into our fleet? 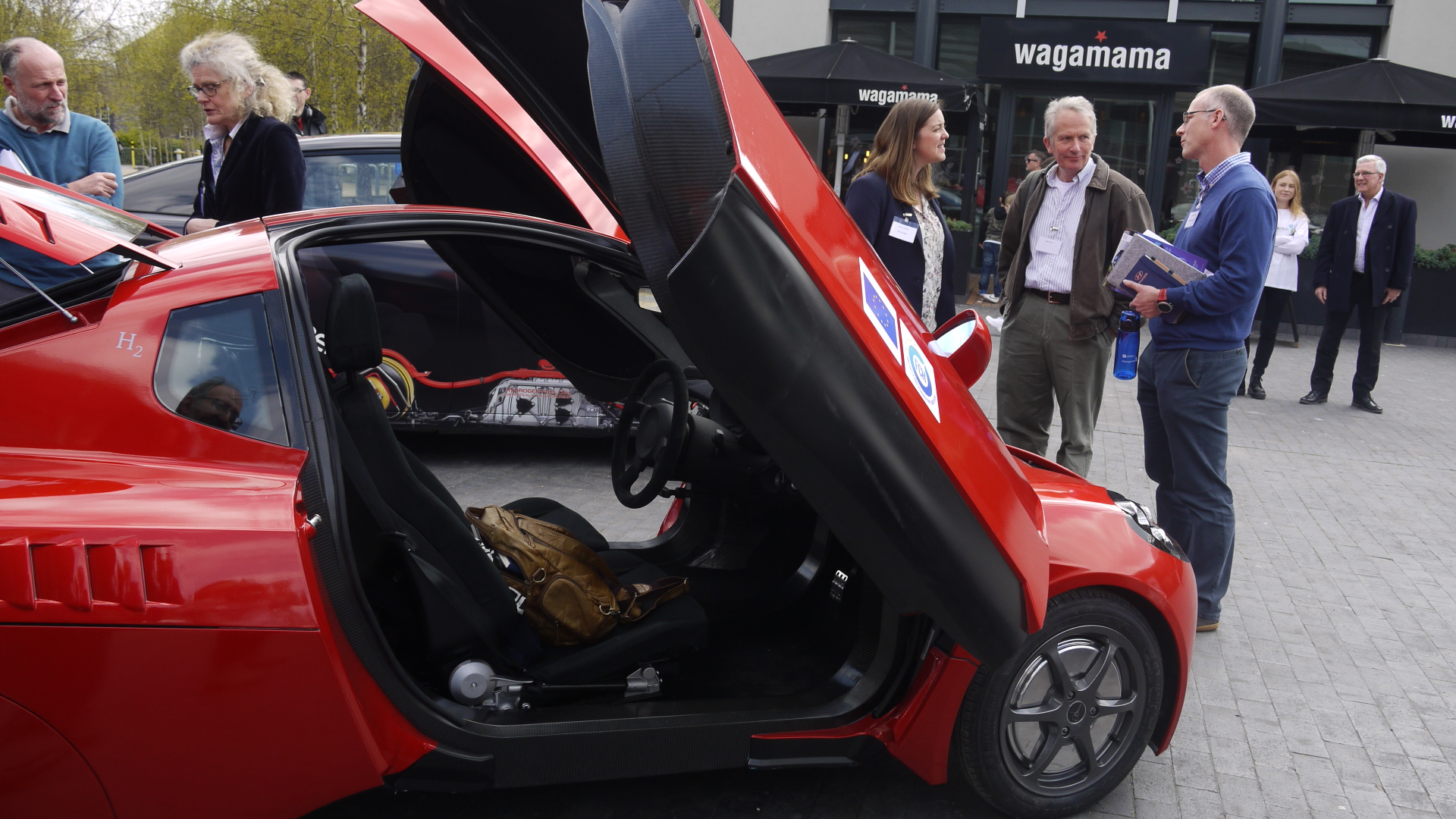 What’s next for hydrogen

The lack of infrastructure and the prohibitive cost of hydrogen cars are still major barriers facing their growth, as well as the need to raise awareness among government, business and wider society. Jon Hunt from Toyota was keen to emphasise that there is a place for every type of vehicle and electric vehicles still have a very important role to play in the development of our transport systems globally.

But it does seem that hydrogen could be an exciting solution in our fight for cleaner, greener transport and the future may not be as far away as you might think…

To attend a Hydrogen Hub roadshow and find out more, visit their Eventbrite page for a list of event locations over the next few months. You can also contact the Fit for the Future team if you want to be involved in future events about sustainable transport.